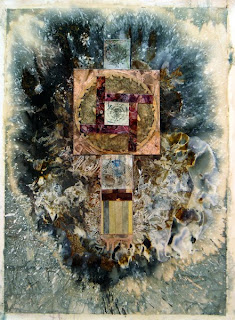 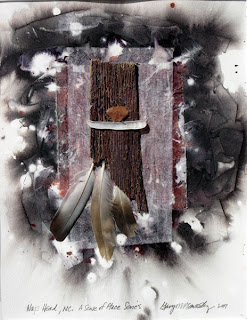 It Certainly Has Been Awhile - Edisto Island Spring Break - March 2012 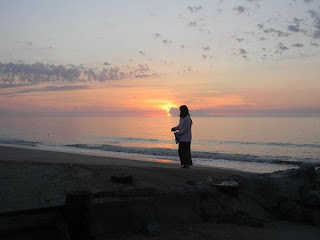 Sunrise on the morning we left Edisto and returned to Boone. You never really do leave Edisto - we plan to be back in a couple of months. Peace. 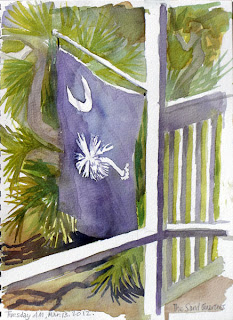 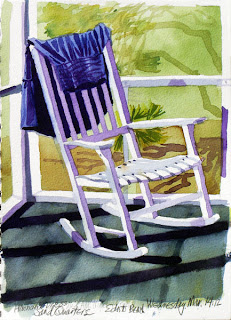 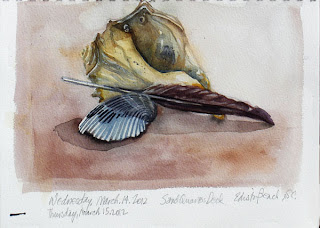 It Certainly Has Been Awhile - Sketchbook images from last Thanksgiving, November 2011 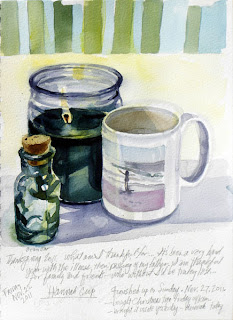 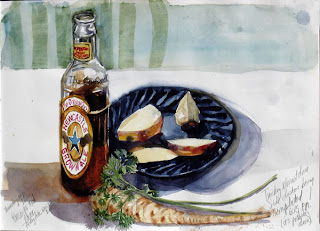 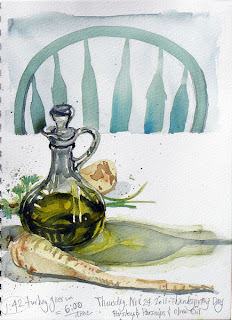 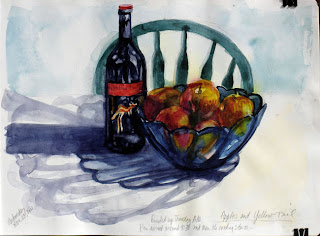 Here are more sketchbook images from Thanksgiving, when my watercolor buddy Ken is with us for the holiday. By now I was working in the studio when I could, but had focused entirely on non-objective mixed media collages.
Posted by Gary at 6:21 PM No comments:

It Certainly Has Been Awhile - Sketchbook from last May, 2011 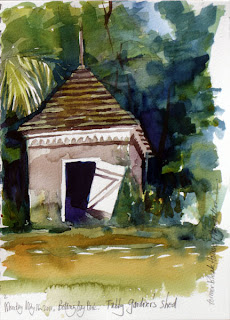 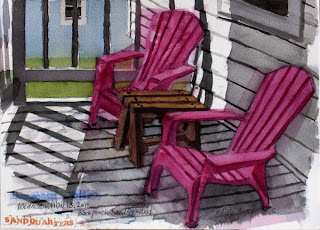 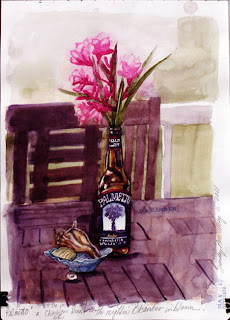 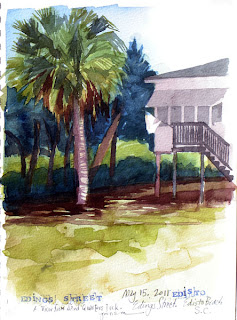 The view from Edings Street, Edisto Beach, SC - May 2011
Well 2011 was almost a nothing year for me. My father took ill then by about this time last year he passed on to reunite with the cosmos once again. My studio production went to nearly zero. It's funny how such an event that no one can escape affects people so differently. Some close friends assured me that I should be in the studio producing away, as that was the proper way to deal with it all. I could see their point of course, but I had no powers, no will (if you will). It was all I could do to maintain a semblance of normal life for those who count in my life. I did do some sketchbook work here and there, which you see above. I ended the year by returning to my old stand-by, non-objective, mixed media collage work. Watercolor was just too hard; I lost the Zen it requires. I will start posting my mixed media here too as I complete them - my first two images are currently on exhibit and I only took a picture of the first one (poor time management). So enough of all that, here are some sketchbook stuff from this past year: